The Birds of America

The Birds of America; from Original Drawings by John James Audubon
London: Published by the author, 1827-38.
(Call Number: SSy13g 31 Copies 1 & 2; provenance of Yale’s copies)
Among the most significant American books of the 19th Century, Audubon’s The Birds of America is extraordinary in several ways. The enormous 4 volume “Double Elephant Folio” carefully and accurately documents more than 430 species of American birds in life-size prints, making it an important work of natural history and scientific observation. Based on Audubon’s dynamic original paintings, each image was printed from an etched copper plate, and each print was then hand-colored with watercolor paints; the resulting plates are celebrated both for their uncommonly beautiful representations of the natural world and as exceptionally fine examples of 19th century etching and printing technologies. The work is unique, too, in its scope and scale: The Birds of America has been called the most ambitious printing and publishing project ever achieved. Accompanied by a five-volume textual account of Audubon’s observations and adventures, Ornithological Biography, or, An Account of the Habits of the Birds of the United States of America, it took more than 13 years to complete the fewer than 200 full-sets produced. Of the roughly 120 complete copies now known to exist, Yale owns two.
Provenance of Yale’s Copies
Copy 1: Bequest of Henry Walcott Farnam, 1934
Henry Walcott Farnham was a graduate of the Yale  class of 1874; he earned a PhD from the Univeristy of Strausberg in 1878; he served as a professor of political economy at Yale from 1880-1918.
Copy 2: From the Mabel Brady Garvan Collection of Americana at the Yale University Art Gallery
Donated to Yale by Francis P. Garavan, Yale class of 1897, in honor of his wife and fellow collector of Americana.
About John James Audubon

Celebrated as a self-taught artist and naturalist of unrivaled accomplishment, John James Audubon’s name has long been associated with environmental conservation and citizen science. Until recently, many historians and biographers glossed or ignored facts about Audubon’s life that complicate well-known narratives: through the course of his life, Audubon enslaved as many as 9 people of African descent and was dismissive of the work of Abolitionists in the United States and the United Kingdom. Audubon has frequently been described as a fabulist and a teller of tall tales; such language has obscured or excused Audubon’s sometimes-questionable scientific practices (including at least one example of outright dishonesty). Audubon was the illegitimate son of a Frenchman living on a Caribbean sugar plantation and his chambermaid. Audubon’s mother, Jeanne Rabin, is often described as “creole,” suggesting she may have been a person of color. Professional ornithologists and hobbyist birdwatchers are now confronting these realities about John James Audubon (as in this article by J. Drew Lanham from the spring 2021 issue of Audubon Magazine: What Do We Do about John James Audubon?). For complete citations to articles linked here and additional readings, see Curator’s Reading: What Do We Do about Audubon?. 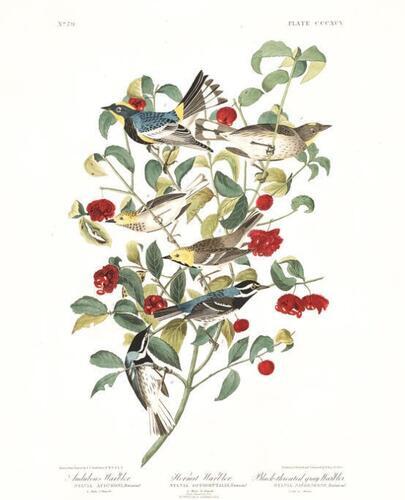 What's in A Name?

July 28, 2021
A Crow, A Jay, An Oriole, A Warbler. Birds depicted throughout Audubon’s Birds of America reflect the once-common practice of naming flora, fauna, and landscape features for... 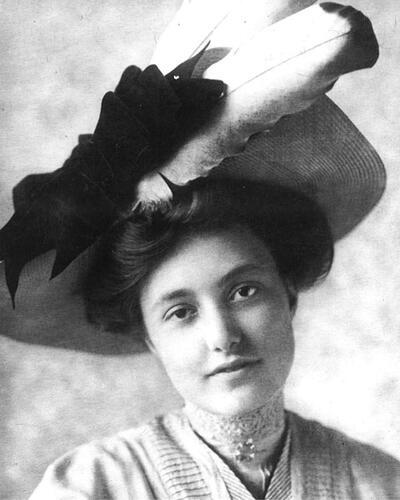 Carrie S. Beinecke Copy of The Birds of America 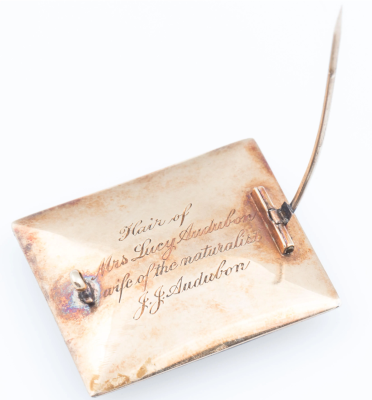 July 14, 2021
The Beinecke Library has acquired  a 19th century gold mourning brooch including a lock of Lucy Audubon’s hair. The brooch is inscribed on the back: “Hair of Mrs. Lucy...
END_OF_DOCUMENT_TOKEN_TO_BE_REPLACED